It is with a heavy heart that I announce that Messenger Reviver 2 has come to an end. 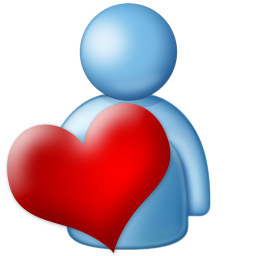 On May 18th, 2017 Microsoft shut down the last Messenger server, preventing Windows Live Messenger from being revived any further.

MSN Messenger first came online July 22, 1999 making public access to the servers available for a total of 17 years, 9 months and 27 days.  In the 2000s, Messenger dominated the instant messaging world, being used for text, voice, video, remote assistance, game invitations, and enjoyed both for business and personal use.  Massive communities and long-lasting relationships were formed around all around the world on Messenger-related websites and tools like mess.be and Messenger Plus!  Even today, despite hundreds of new messaging applications, still no client has yet to match the features and customization options of Windows Live Messenger.

I originally got involved with the Messenger community back in 2001 as part of the Windows XP beta “Associate Experts” program, and quickly became a Microsoft MVP for Messenger, a position I held for over 10 years.  After Messenger officially “shut down”, I released Reviver to continue making Messenger connect to the Microsoft servers, and that has continued for over four years, with 98 versions of changes and fixes.  The original versions of Reviver only required a small adjustment to Messenger itself, but later on DNS servers, proxy servers and even modifications to Windows itself were needed to keep Messenger working.  I also expanded into versions on OS X/MacOS for Messenger:Mac and Adium, as well as aMSN.  It’s been quite a ride!

Previously, I have not taken donations for my work but as this is the end of the Messenger Reviver 2 chapter, I feel comfortable now putting out my PayPal tip jar for any who feels Reviver has been useful to them over the years.

Back in 2015 when it first appeared that the Messenger servers might not be available for much longer, I recorded a video of myself going through all the available versions of Messenger discussing and comparing the various features as well as telling some stories about the software.  I present it to you below or you can watch it on YouTube:

Although you can no longer use Messenger with the public Microsoft servers, you can continue using the older versions of Messenger on a new private server called Escargot.  You can find contacts to add on this forum topic.

This blog, forum and chat will continue operating, so please stay subscribed for news and discussion on Escargot and other Messenger related topics.

You have a several options to continue to communicate to your contacts on what was formerly known as the .NET Messenger network.  Of course, you can use Skype, but also Miranda-NG, Pidgin with EionRobb’s, SkypeWeb plugin, or SkypeWeb with other libpurple-compatible clients like Bitlbee.  You can also use the web-versions of Skype at https://web.skype.com or on https://outlook.com.

A final version of Messenger Reviver 2 is now available that you can download as a memento which retains all the original features you can explore or even just open it up to play around with the Easter eggs.

If you have looked at the Reviver About screen previously, you would have seen many important people who made Reviver possible when it was first released.  For the final release, I’ve also added the people who have been vital over the years I have been supporting and working on Reviver, and I would like to thank them here too: Emil, John, Tasos, Dean, Petri, Jeff, Mariano, Esteban, Peri, Alexis, dx, Jacko, Javier, and Raul, thank you for your friendship, endless discussions about Messenger, many late nights and supporting me and my projects.

Additionally, I would like to thank Patchou for creating Messenger Plus! Plus! was the cornerstone of the Messenger community for many years, indispensable for adding missing vital Messenger features and responsible for many relationships and careers for so many people.  Furthermore, I’d like to thank wtbw for always being available for reverse engineering assistance and pointers.

Thanks to Valtron for building the new private Messenger server and giving Messenger continued life.

Finally, a special thanks to all of you who have been users of Messenger Reviver 2 for so long.  You have made this journey a great and memorable part of my life and I greatly appreciate all the kind words and support over the years. Please stay in touch!  You can reach me on the new Escargot server by adding the user trekie@jonathankay.com, on Skype by adding trekie, my website, the forum, or here on this blog.

I think it’s appropriate to end with my favourite wink, the UFO, which can be both a hello and a goodbye.